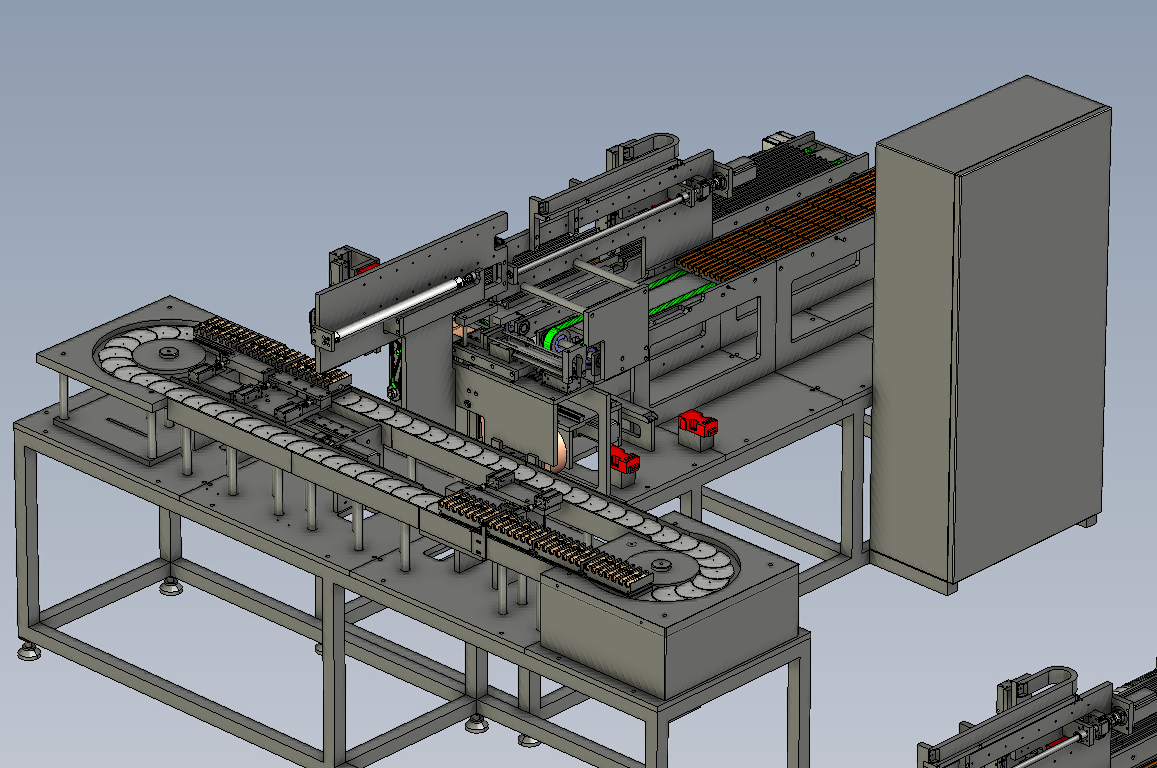 The following machine is a flexible chaff cutting and loading machine for a defence company.

The purpose of chaff is for it to be deployed from an aircraft in an attempt to confuse and avoid radar seeking missiles. The chaff itself consists of thousands of glass fibers coated in aluminium. The length that these fibres are cut to is critical to ensure that it interacts with specific wavelengths of radar in predictable ways. The chaff often needs to be cut to lots of different lengths in order to account for lots of different frequencies.

Chaff material is loaded into the machine and the machine is able to automatically cut the chaff to length, package it and load it into canisters. It is also able to change chaff length mid cycle and accept many different kinds of chaff. This whole process was previously done by hand.

Our customer later stated that this was one of the most valuable pieces of equipment they owned and that it had payed for itself in just a few months.